Louise Altman, Intentional Communication, wrote a great piece on the Olympics. I've adapted and shared it here, as there are great lessons in leadership from how the director Danny Boyle pulled it off.

Most critics agreed that the Oscar-winning director of Slumdog Millionaire pulled off a fantastic accomplishment, balancing pressures from the notoriously conservative Olympic Committee and countless government officials while managing a cast of 10,000 volunteers and paid staff. Two years in the making, Boyle's stellar achievement, viewed by over a billion people, was described as, "dazzling," "witty" "stunningly individualistic" and "astonishing."

How did Danny Boyle pull this off? What are the leadership lessons here? I think there are lots, but here's a few.

Writing in the Guardian the morning after the ceremony, writer and long time Boyle associate, Frank Cottrell Boyce shared his relief and some thoughts about how the creative team came together. When first approached by Boyle about being the writer, Boyce asked him, "Emm, what do you mean?" Boyle responded "I really don't know."

But as Boyce commented,"He did know who he wanted. He put together a little team. He'd worked with them all before. They worked so closely they were practically a hive mind. My job was to join up the ideas in a way that the non-hive mind could understand."

"Danny created a room where no one was afraid to speak, no one had to stick to their own specialism, no one was afraid of sounding stupid or talking out of turn. He restored us to the people we were before we made career choices -- to when we were just wondering."

When you have a 42 million dollar budget and a 14.5 billion dollar investment riding on your work, to what extent can you take risks? Big question. And while managing a one-time Olympic ceremony is not the same as the long-term, day-to-day job of running a major corporation, it's safe to say your reputation is on the line.

In his article, 'What Every CEO Can Learn from the Olympics' Wacky Opening Ceremony', Adam Hanft zeros in on one thing that ails most corporate processes, "Anyone who has seen the way bureaucracy -- in government, in the fearful corridors of corporate America -- eviscerates originality, seeks comfort in consensus, and hides behind the fear of even the most benign level of risk-taking to quash even the most tepid examples of boldness -- has to marvel at the miracles of intact survival that Danny Boyle's conjuration represents."

While we may never know all the reasons (besides talent, experience and his well-known genial personality) why Danny Boyle was chosen to conceive and execute this massive vision, the Olympic Commission deserves its own kudos for risk taking.

Lesson 3 - Don't Be Afraid to Take On the Hard Stuff

Most organizational norms discourage truth-telling. There's usually a lot of verbal machinations and concealment substituting for candid conversation. It's a major problem for organizational leaders because trust is a prerequisite to honesty and openness.

You need to have the skills and tolerance for disagreement as well, and allow for differences to be openly aired. This is the only true formula for creating the conditions for genuine engagement and creative contribution.

Frank Cottrell Boyce talked about this process in Boyle's team - not simply talking about "brainstorming" here, but an honest, often chaotic, sharing of ideas and passions. Also the sharing needs to allow for the places where participants in the creative process can voice their concerns and discomfort.

Fear of alienating or offending Olympic sponsors didn't keep Boyle from expressing what was insensitive in terms of sponsorship - allowing the elephant to be heard in the room. It's always there anyway; it's just that leaders like Boyle don't try to suppress it.

Keeping the lid on the incredible secrecy that shrouded the Opening Ceremony wasn't easy. Cottrell Boyce was relieved that talk about "Betty" (the code name for the extraordinary Olympic cauldron, which many feared would not work properly) was now out in the open.

If you've ever worked within an organizational team you know that keeping secrets isn't easy. Imagine the decisions Danny Boyle had to make to ensure that details of the ceremony would not be leaked.

In an era of hyper vigilance and security scrutiny, how did Boyle maintain such a leak proof environment? Tens of thousands saw the technical rehearsals. Danny could have asked for camera phones to be banned or for people to sign confidentiality agreements. Instead he asked people nicely to save the surprise."

Lesson 5 - Be Gracious. Be Grateful.

I'm reminded of the quote (attributed to both Maya Angelou and Carl Buechner) that goes, "They may forget what you said, but they will never forget how you made them feel."

If you're a leader, your reputation precedes you. And as the saying goes, they'll remember how you made them feel. That's what stands out in Danny Boyles' experiences with people at every level. It was said 'in the movie world where rampant egos and personality disorders are often entirely compatible with success, these two qualities are often mutually exclusive, but not in Boyle's case. Nobody seems to have a bad word to say about him."

According to Sandra Hebron, former artistic director of the London Film Festival, "He's just a very decent human being, so straightforward and pleasant to deal with and very generous with himself."

Danny's rapport with members of the 10,000 volunteer Opening Ceremonies cast was also noted. They were quick to sing his praises, as one volunteer described, "He's the most down-to-earth person you could imagine. He chats to everyone. He's not just on the side-lines waiting for people to come up to him. He actually mingles with people and starts conversations with them. He's always being mobbed for photos, but he is completely fine about it. He's really, really approachable and just really nice."

Now who wouldn't inspire loyalty with that reputation?

Adam Hanft, brand strategist, writes, "We need leadership at the top that creates cultures where internal Danny Boyles can do their thing, get recognized and succeed. And I'm not just talking about areas where creativity should flourish, like marketing and R&D. But everywhere. Our resistance to the untried knows no corporate boundaries."

A leader like Danny Boyle understands he's the catalyst for individual creativity. That's his key role -- to create the conditions for greatness to emerge -- and thrive.

Let's take our lessons in leadership everywhere we can find them. Good on you, Danny Boyle. 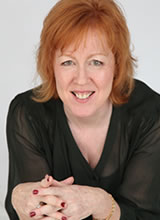 Claire is a highly experienced and accredited executive coach and career coach, passionate about helping people with their career, work, life – and being as fulfilled and successful as possible.

Sign up for updates – and get a copy of Career Insights, my guide to kickstarting your career, free.

Thank you for all your support and sharing your wisdom with me. You’ve made a tremendous impact on me as a coach. You were the first mentor who made me stronger as a ICF Poland Leader and professional coach. It was long journey but worth it.